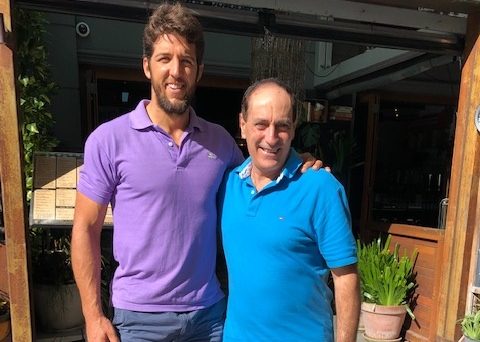 To commemorate the life of Alexander Aurrichio, who played for both the Northern Blues and Southport Sharks, a medal has been struck in his honour and will be awarded to the player adjudged to be best afield each time the Northern Bullants and the Sharks meet.

The first opportunity to present the Alexander Aurrichio medal comes this Sunday, 19th June, when the Bullants host the Sharks at Preston City Oval from 12.05pm.

Aurrichio, who moved from New York, USA, to pursue his dream to play Australian football in late 2014, was a larger-than-life character who played a high level of football in Victoria, South Australia, Queensland and the Northern Territory.

Aurrichio, 30 at the time, was involved in a fatal crash with a car whilst cycling in Howard Springs outside Darwin, Northern Territory, on 8th June 2020.

Northern Bullants Vice President, David Zonta, had a close connection with Aurrichio – a relationship that endured as Aurrichio’s footballing odyssey took him around Australia.

Aurrichio made his way to Australia after playing Australian football for the New York Magpies in the USAFL. He had participated in US based AFL scouting camps but had not been invited by a club to travel to Australia.

So, he took it on his own accord and landed in Melbourne in late 2014.

Aurrichio was spotted in a gym by a member of the Northern Blues team and, as was inevitable when Aurrichio was involved, a conversation began.

Aurrichio explained that he had moved to Melbourne to play Australian football after realising his potential with the New York based Magpies.

At 198 centimetres and 110 kilograms, he struck an imposing figure, and Aurrichio was immediately invited to try out for the Blues, where he quickly made an impression.

Later in 2015, Zonta heard of Aurrichio’s dedication to get to training for the Blues in Carlton and then back out to the inner eastern suburbs on his bicycle during a bitter Melbourne winter.

Zonta soon purchased a  car for Aurrichio, whom he had not met at this stage.

“(He) reminded me of my parents when they came to Australia,” Zonta said. “(They were) of an Italian background and arrived with nothing other than hopes and prayers.”

“I liked (his) determination and just wanted to help.”

Zonta and Aurrichio would develop a strong relationship from that moment on that endured throughout his life.

When describing Aurrichio, most people refer to his personality and his commitment to getting the best out of himself as an athlete.

“He was a Rocky Balboa type,” Zonta said. “He was a fitness freak and fanatical about cycling and staying healthy.”

Before Australian football, Aurrichio had distinguished himself at the College level in the US playing soccer and baseball, but it was the physical aspect of Aussie Rules that attracted him to the game.

He would go on to play for the Northern Blues in 2015 and 2016 as a ruckman as well as spending some time forward.

After the Blues, he moved to South Australia and played two seasons with South Adelaide in the SANFL, then on to the Southport Sharks, who were part of the NEAFL in 2019, and his footballing wanderings would take him to the Waratahs, based out of Darwin, in 2020 in the NTFL.

Aurrichio would also meet a friend for life, Tom Fields, at the Northern Blues.

Fields and Aurrichio would be teammates at the Blues, South Adelaide and at Southport, where Fields still plays today.

Everyone who met him has a ‘Rooch’ story.

Such as the time Zonta asked him to ‘wear something smart’ to an upmarket family restaurant – and Aurrichio arrived in a three-piece suit.

Or when Zonta, jokingly, asked Aurrichio to be a physical protector of a couple of promising young Blues prospects for an upcoming match. Zonta quickly had to walk his joke back when it was clear that Aurrichio was going to carry out the request a little too literally.

And when he boarded a flight from Adelaide to the Gold Coast, with good friend Fields, and Rooch chatted to a man in the seat next to him the whole way. A few weeks later, that passenger gave Aurrichio one of his mountain bikes after learning about his riding passion. And he signed up to be a South Adelaide member.

Or when he could see one of his South Adelaide teammates being heckled in a bar after a tough elimination final loss. Rooch could see the situation escalating and he gathered the aggressor in a warm but firm headlock and delivered him unharmed to bar security to be exited safely.

Ultimately, Aurrichio will be remembered for his impact on others more so than his athleticism – which was impressive in his own right.

Leaving a mark wherever he went, Aurrichio would win Best Clubman at the Blues in 2015 and the Most Dedicated Player award at the Sharks in 2019. Southport would go on to retire Aurrichio’s #11 jumper for the 2020 and 2021 seasons following his death.

The Waratah Football Club would later announce the creation of the Alex Aurrichio Academy, which focuses on sponsoring junior athletes in their journey through football.

AFLW star and football commentator Abbey Holmes led a fundraising campaign to ensure Aurrichio received an appropriate funeral and that his body made its way back to his family – she raised almost $171,000 in total.

And, after being delayed by seasons impacted by the Covid-19 pandemic, the Bullants will add their own commitment to his memory. 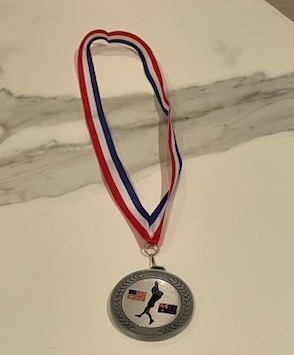